Evelyn Tallman-Duceshi is a true off-road pioneer.  Known as 'the Purple Lady of Pismo', Evelyn has been actively involved in recreational off-roading on the beaches and dunes of Pismo Beach since 1960. 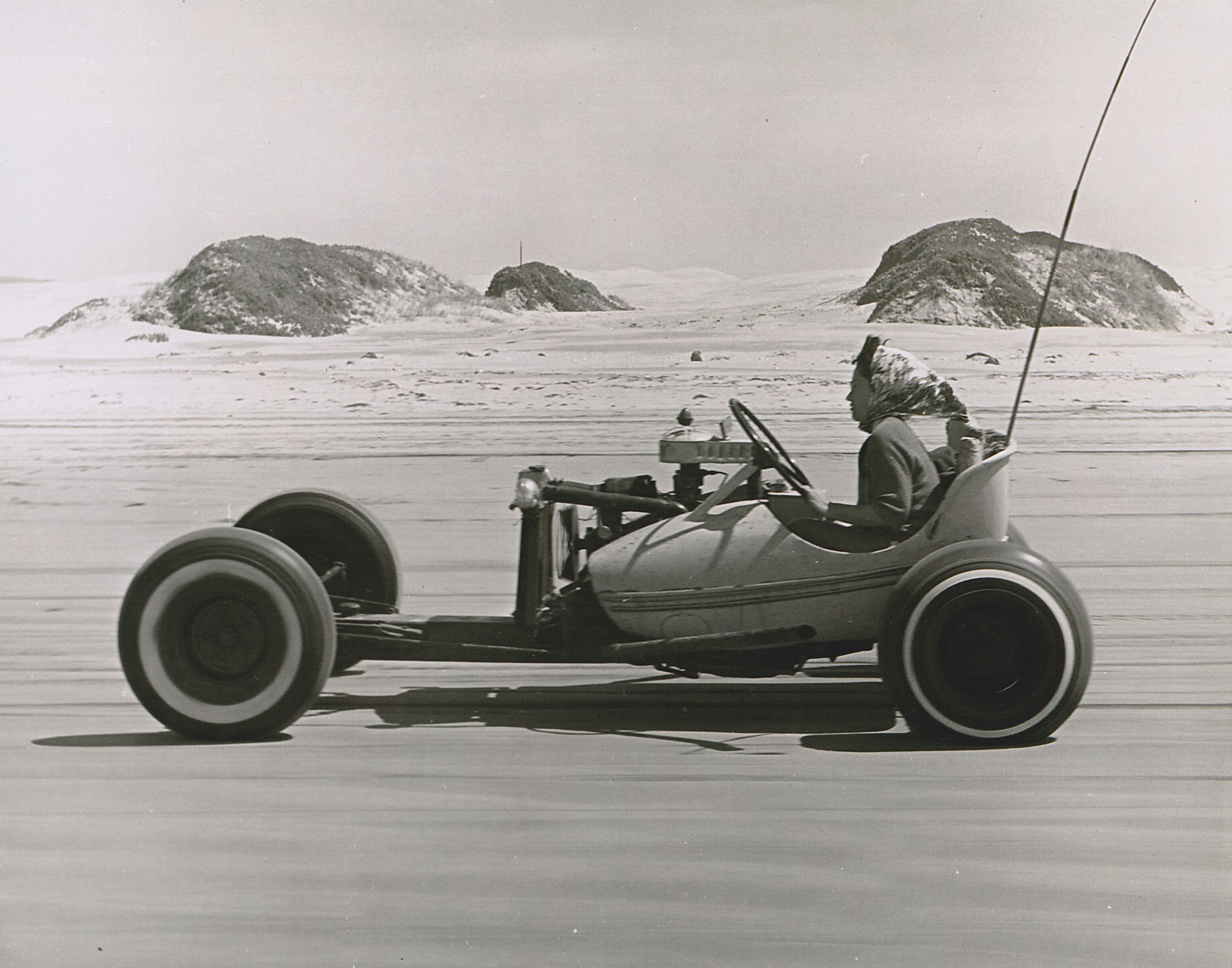 From 1960 to 1967, Evelyn headed the committee for the annual Pismo Beach 4th of July and Labor Day dune buggy competitions, attracting entries from across the western United States.

In the 1960s, Evelyn worked with Vic Hickey, a designer and engineer for General Motors, testing the United States Army 'Sidewinder' vehicle and General Motors 'Moon Rover' on the sand dunes of Oceano.  Evelyn's input was instrumental in a redesign of the Rover before its voyage to the moon. Vic Hickey was inducted into the Off-Road Motorsports Hall of Fame in the inaugural class of 1978.

In the 1970s, Evelyn worked to bring 4-wheel drive and buggy organizations together to create the California Off Road Vehicle Association (CORVA) for the betterment of the sport and was recognized by the State of California for her efforts.

Evelyn was appointed twice by the California governor in the late 1970s to the California Trails Advisory Committee. While serving on the committee, she saw California's need to create, maintain, and KEEP OPEN, safe places for families to enjoy the great outdoors.

In the early 1980s, Evelyn was appointed to the Pismo-Oceano Beach State Advisory Committee by the California State Director of Parks and Recreation. Evelyn put her knowledge of off-roading to good use, pioneering the use of 'dune flags' on all off-road vehicles operating in the dunes, greatly increasing safety and visibility. She also worked to educate users on staying on marked trails.

Hollywood frequently called on Evelyn to provide technical knowledge of sand dunes and vehicles in many movies and commercials that were filmed in the dunes.  Her work was so appreciated that Stunts Unlimited made Evelyn an honorary member.

In 2018, at the age of 91, Evelyn was chosen to serve as grand marshal of the Old School Dune Buggies and Sand Dunes Reunion. More than 450 buggies attended the event held at the Oceano Sand Dunes, with many people anxious to share stories about 'The Purple Lady'.

Through her involvement and dedication to the sport, Evelyn has served as an example to inspire a new generation to get involved to "Save the Dunes" and all endangered motorized recreation areas in our country. 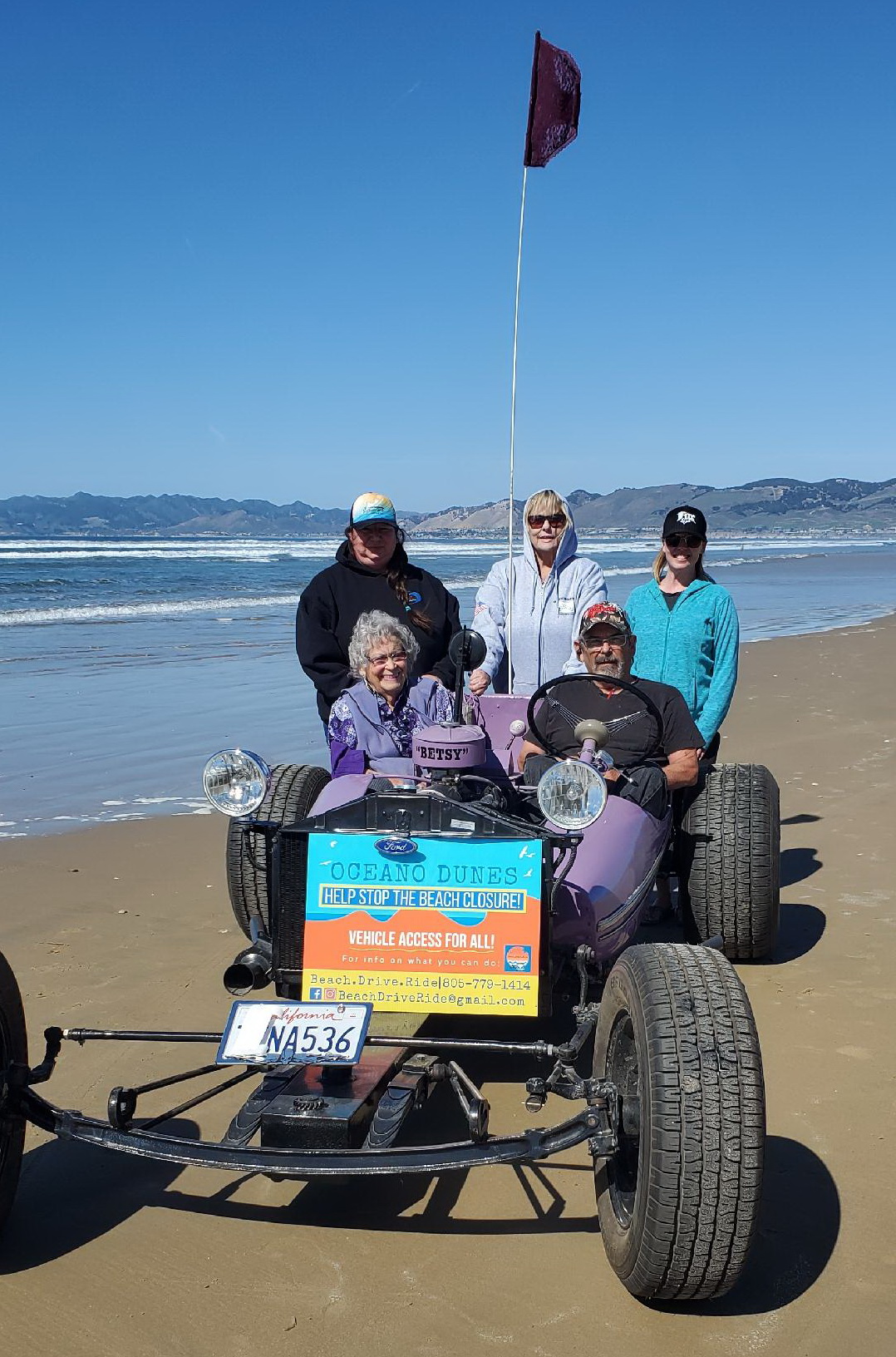 Evelyn and family with 'Betsy' in 2021, promoting beach access for all.

Evelyn and her dune buggy 'Betsy' have been featured in countless magazine articles, including three times in Hot Rod Magazine.  She first appeared in the March 1961 issue, then in the 25th-anniversary issue, and again in the 50th-anniversary issue.

2022: Evelyn is still going strong at the age of 95, serving as an inspiration to generations of women and men to get and stay involved with keeping recreation areas open for all to enjoy.