ORMHOF is pleased to announce George Hammel as the recipient of the 2022 Louis Unser Never Give Up Award presented by Riviera Racing at the Hall of Fame 2022 Induction & Awards Gala presented by 4 Wheel Parts on Sunday, October 30 at the South Point in Las Vegas.

Recipients of the Louis Unser Never Give Up Award demonstrate a pursuit of excellence in the face of adversity. Louis Unser relentlessly fought through health issues to persevere in his passion for engine building.

Previous recipients of the Louis Unser Never Give Up Award include Rod Hall, Charlie and Linda Engelbart, Malcolm Smith, Dick Landfield, Ed Waldheim, and Bob Ham. Like Louis, these individuals exemplify a ‘Never Give Up’ attitude in their off-road careers, possessing a relentless attitude, indomitable spirit, and perseverance. 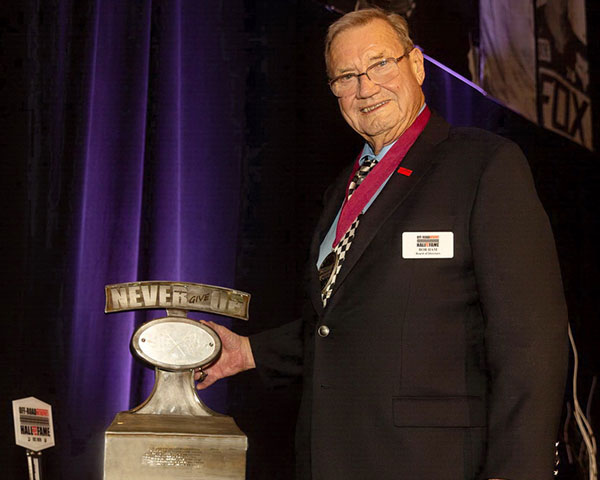 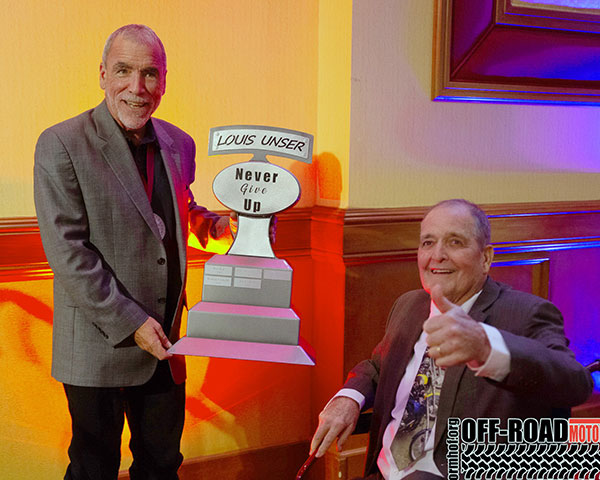 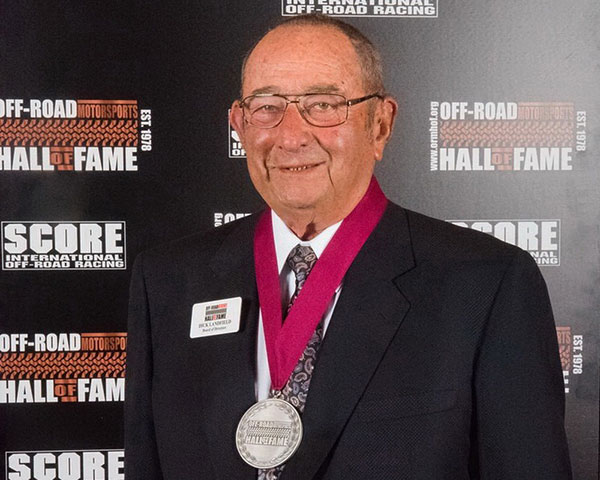 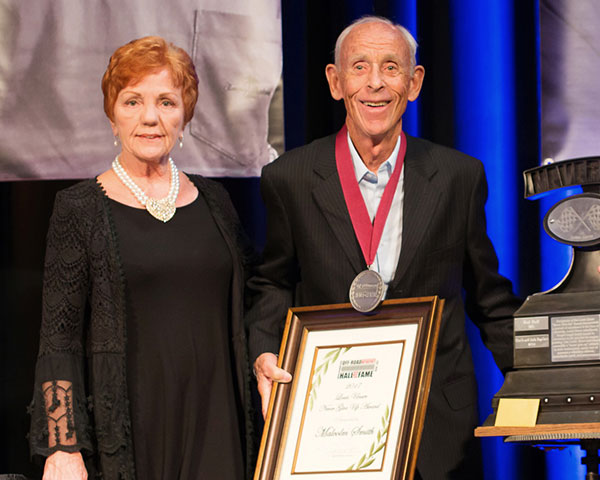 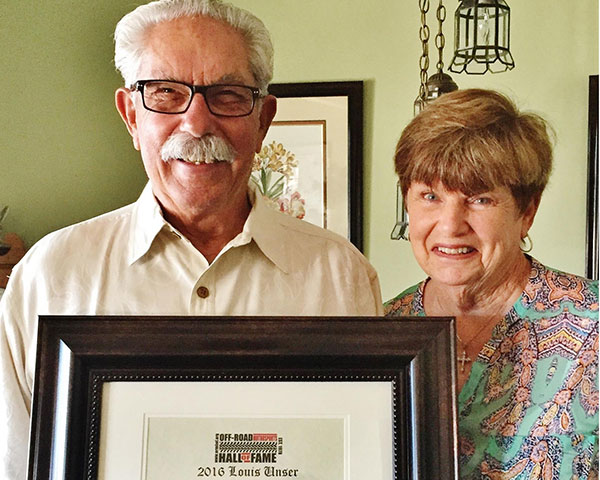 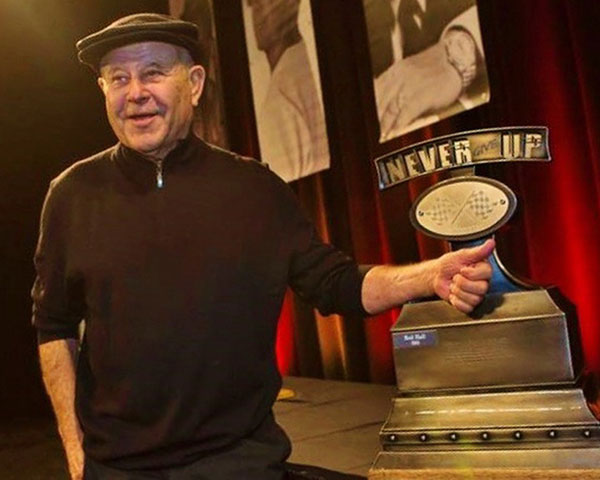 In 1998 he broke his back during a professional motocross race in southern California. He was defined as a paraplegic by his doctors and told he would be confined to a wheelchair for the duration of his life.

George has been busy proving the doctors wrong ever since.

Determined to not only walk, but to compete again in motocross, George spent numerous years doing physical therapy, in which he regained some movement in his upper legs. Over a span of five years, he was able to start walking with the assistance of forearm crutches, and in the span of seven years, walk on his own, with a large limp and the support of AFO lower leg braces. With strong willpower, George learned to walk again and started riding a bicycle, and then resumed riding motocross.

“Being paralyzed or disabled can be one of the most difficult things for any human to endure. Many are forced to live life in wheelchairs, needing assistance, etc. I was one of the lucky ones, I was given a miracle and was able to partially recover from a severe spinal cord injury after 7 years in a wheelchair and rehab.”

George was able to fulfill his passion and achieve his dream, winning a Gold medal at the 2009 Motocross Extremity Games. He competed in the X Games in the Super X Adaptive event and the 111-mile El Tour De Tucson, and in 2013 he completed an Ironman 70.3 event in California consisting of a 1.2-mile swim, a 56-mile bicycle ride, and a 13.1-mile run. 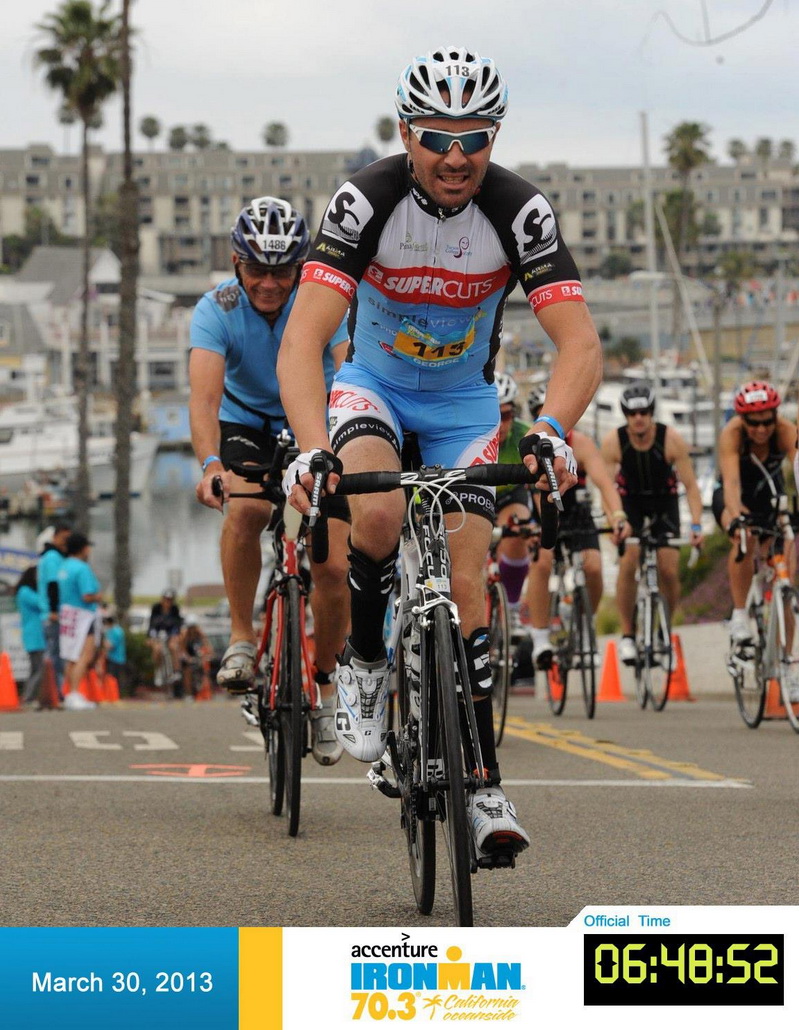 Another motocross accident left George with a broken back for the third time, and on the advice of his neurosurgeon, he retired from motocross racing.

George now shares his passion for off-road from behind the microphone, as creator and host of The Dirt Life podcast, generating original creative off-road content.

"My mission with The Dirt Life is to focus on other people and give back, so we can grow the off-road community," George told ORMHOF. "The three values I live by are perception, choices, and accountability."

George continued, “I would like to be able to share my story to help inspire and show people that with hard work, dedication, and medical technology, life doesn’t slow down, it can offer just as much happiness and fulfillment as any able-bodied human being. My journey has been filled with highs and MANY Lows, but through it all, I am amazed at what the human body can overcome. I would like to show people that they can achieve the impossible too!”

Jeff Furrier from UPR Racing Supply and an ORMHOF board member said, "George has shown passion and perseverance that has taken him from near-death to becoming a very well-respected member of the off-road community.  We are proud to present George with the Hall of Fame 2022 Louis Unser Never Give Up Award."

Upon learning of the ORMHOF honor, George said, "It gives me chills. I am so appreciative. It means that other people respect the things I have done in my life. I am always pressing forward." 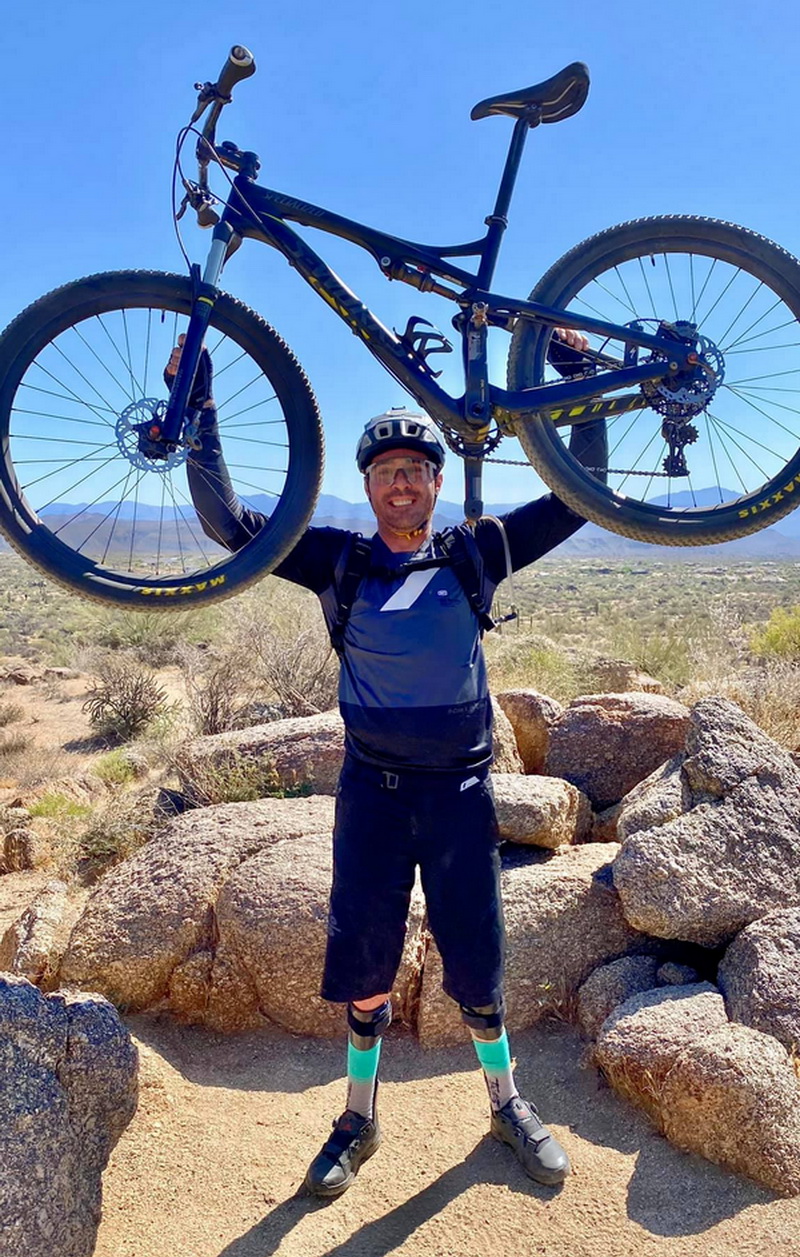 Learn more about George Hammel and The Dirt Life Show on your preferred social media channels.