Dusty Times was published by ORMHOF legacy inductee Jean Calvin starting in 1983 and was continued after she passed away by her husband, John, until 2013.  The Dusty Times had many contributors over the years, including ORMHOF inductees Jim Ober and Judy Smith.

After John passed away, ORMHOF's Rod Hall was contacted to see if the Hall of Fame would like to receive the Dusty Times archives, including permission to digitize the print edition of the magazine.

Dusty Times was printed monthly starting in 1984, with a special preview edition published in 1983. 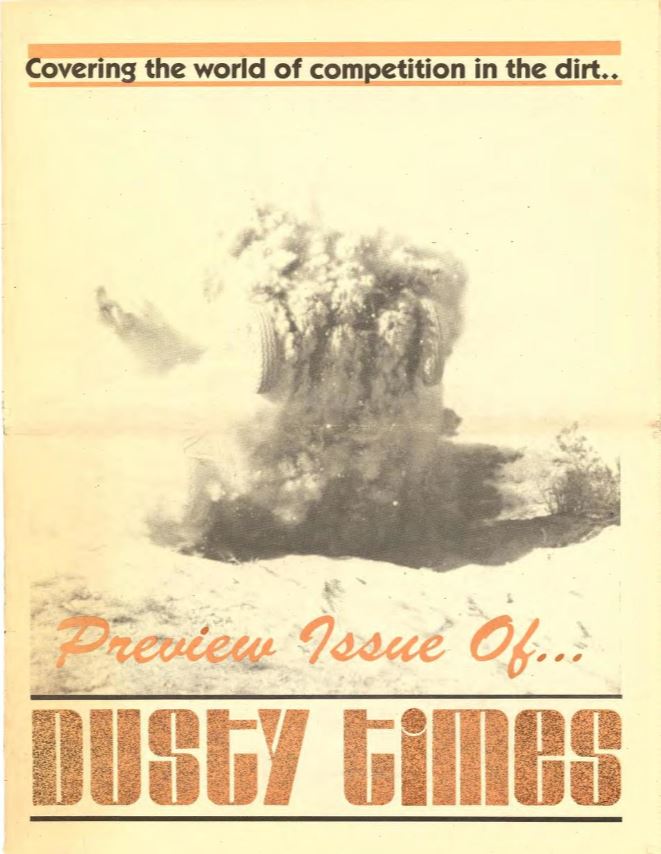 Off-road racer and fan Mike McCluskey, owner of DMC Document & Microfilm Conversion, has taken on the herculean task of scanning every issue of the ORMHOF Dusty Times Collection.  The special 1983 Preview issue and the monthly issues from 1984 through 1988, 61 issues in all, are now available on the ORMHOF website. 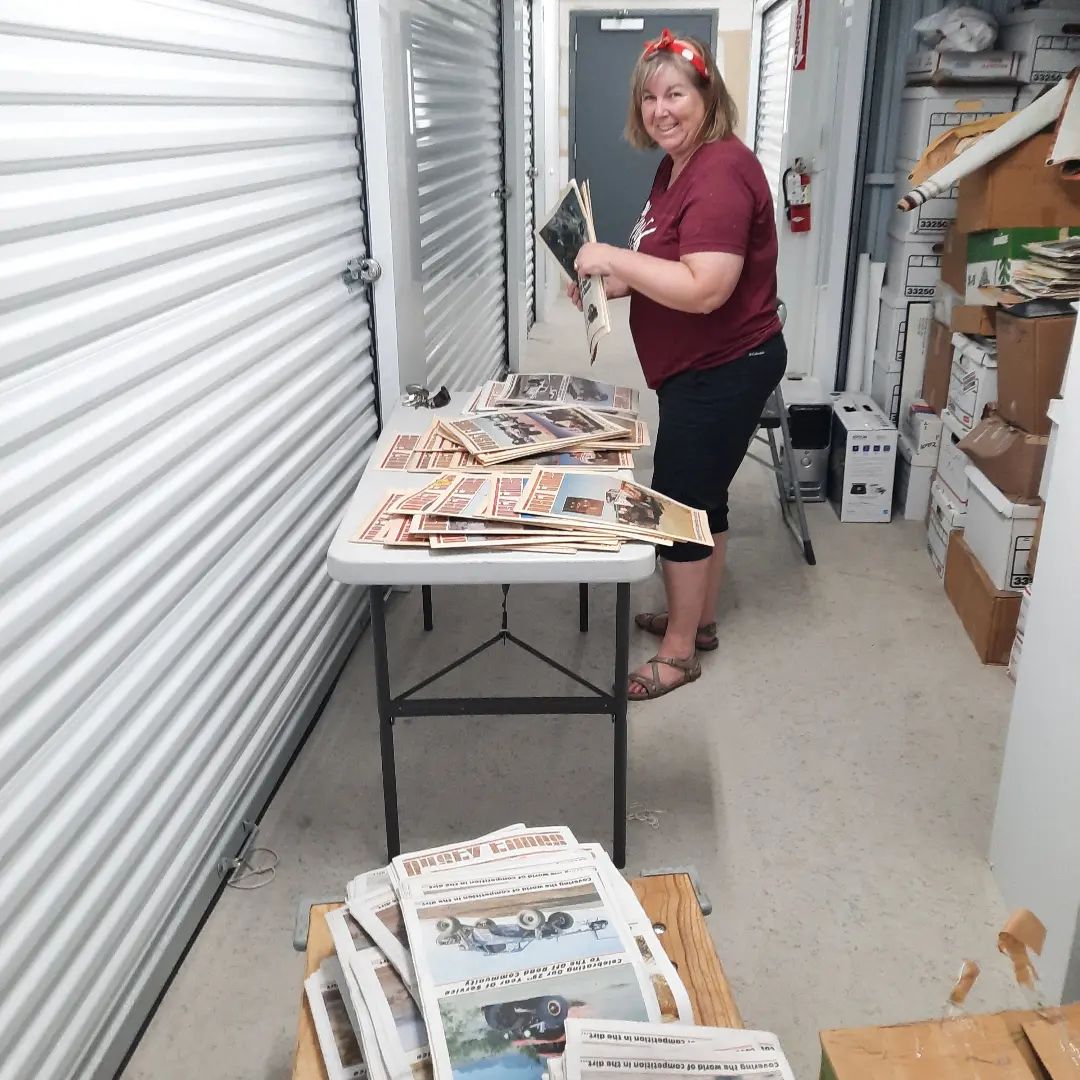 Shelley Klein from W.E. Rock recently spent a day with ORMHOF in the Hall of Fame storage unit, organizing the Dusty Times issues that still need to be scanned.  At the end of the day, every issue from 1989 through 2013 was located and put in order. Except one.  June 1989, where are you?

We put a call out on social media to find the missing issue from June 1989. Mark Murrell of Fire Guys Racing said he was pretty sure he had every issue of Dusty Times ever published and would look for the June 1989 issue.  A couple of days later, Mark gave us the news we were hoping for -- he had the missing issue and would be happy to loan it to ORMHOF. Thank you, Mark! 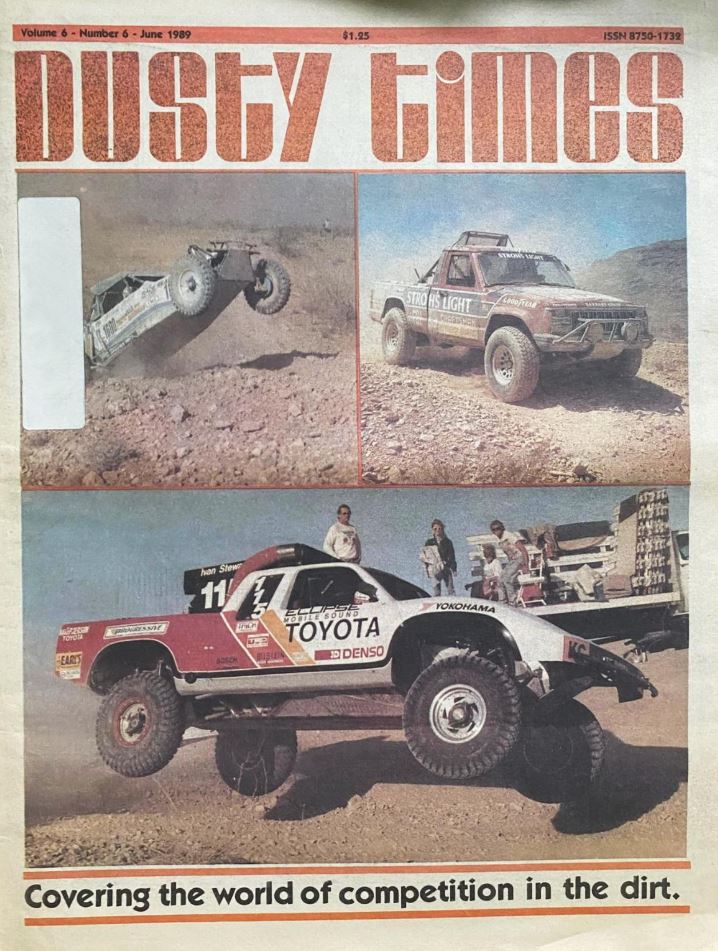 The missing issue has been found! June 1989

With all the Dusty Times issues accounted for, the focus now turns back to the scanning process.  Mike scans the issues a year at a time, which are saved in pdf format and optimized with OCR, or Optical Character Recognition. This technology recognizes text within a digital image, making it possible to search each edition of Dusty Times for keywords that are of interest to the reader.  Once a year's worth of issues are scanned, saved in pdf format, and optimized with OCR, they are sent to ORMHOF and uploaded to the website. 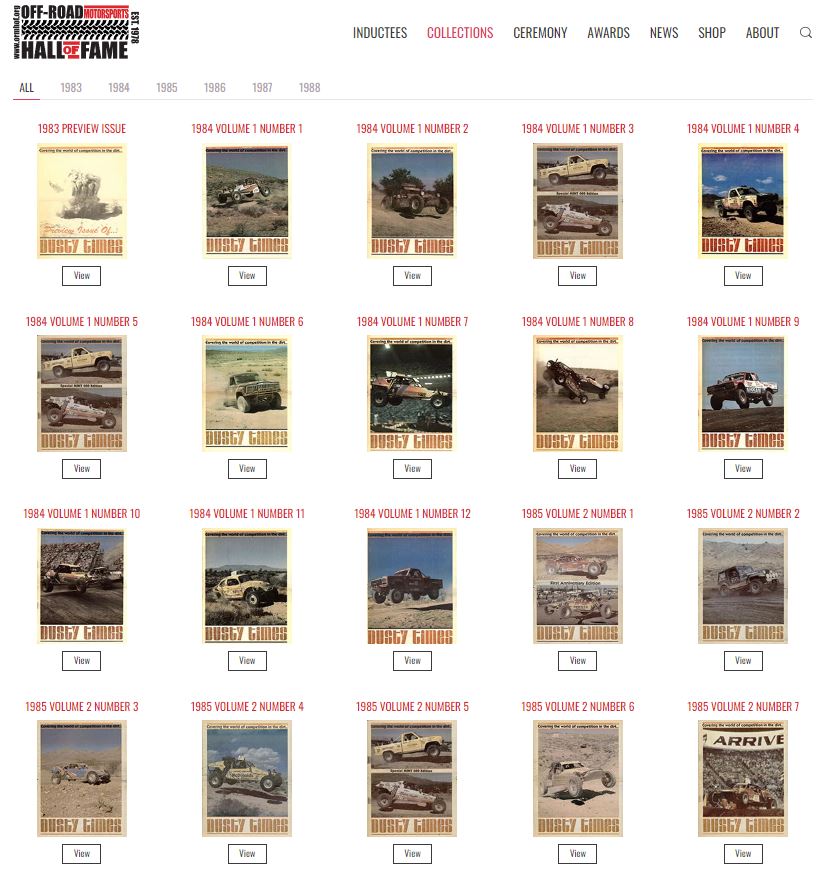 To explore the original Dusty Times collection at the Off-Road Motorsports Hall of Fame, please visit the website at ormhof.org. This project is made possible by ORMHOF members, partners, and donors. If you'd like to help, please join, partner, or donate today.