In front of a record crowd at the 2021 Induction & Awards Gala at the South Point in Las Vegas, Bob Ham was announced as the recipient of the 2021 Louis Unser Never Give Up Award. This year's award was presented by Yokohama Tire. 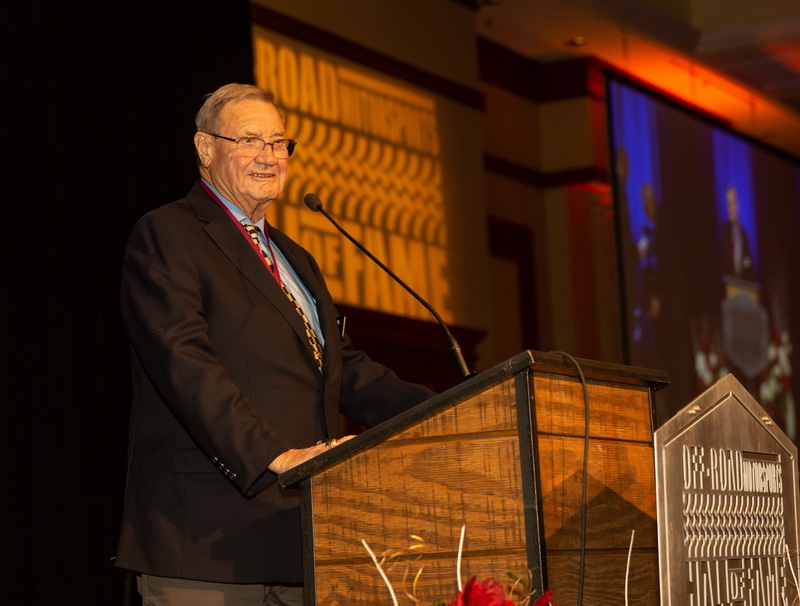 Bob Ham on stage at the Off-Road Motorsports Hall of Fame Induction & Awards Gala to receive the 2021 Louis Unser Never Give Up Award.

Recipients of the Louis Unser Never Give Up Award demonstrate a pursuit of excellence in the face of adversity.  Louis Unser relentlessly fought through health issues to persevere in his passion for engine building.  Like Louis, these individuals exemplify a 'Never Give Up' attitude in their off-road career, possessing a relentless attitude, indomitable spirit, and perseverance.

Bob Ham turned his love of off-road recreation into a personal and professional mission. He has spent more than 50 years dedicated to keeping public lands in the west open to the public.  Bob has been instrumental in the formation of several land-use organizations in the west, including the California Off-Road Vehicle Association (CORVA), which recently celebrated its 50th Anniversary. 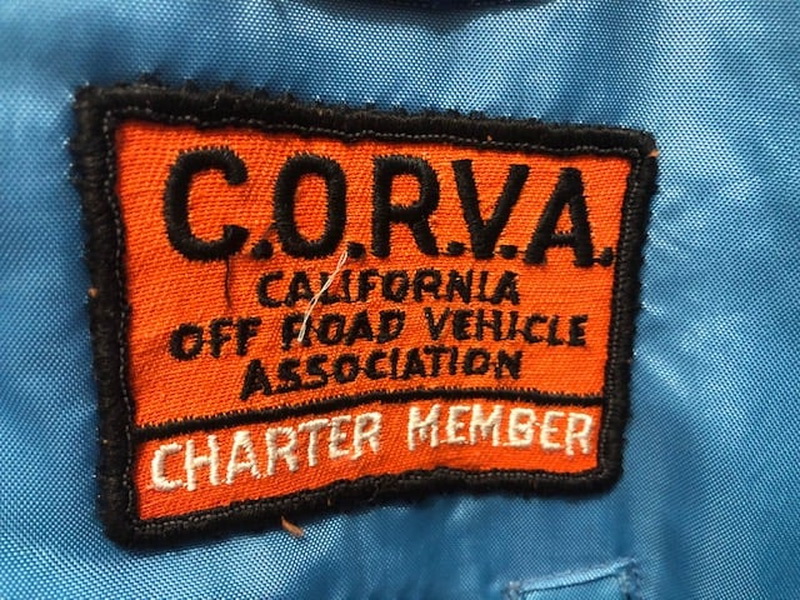 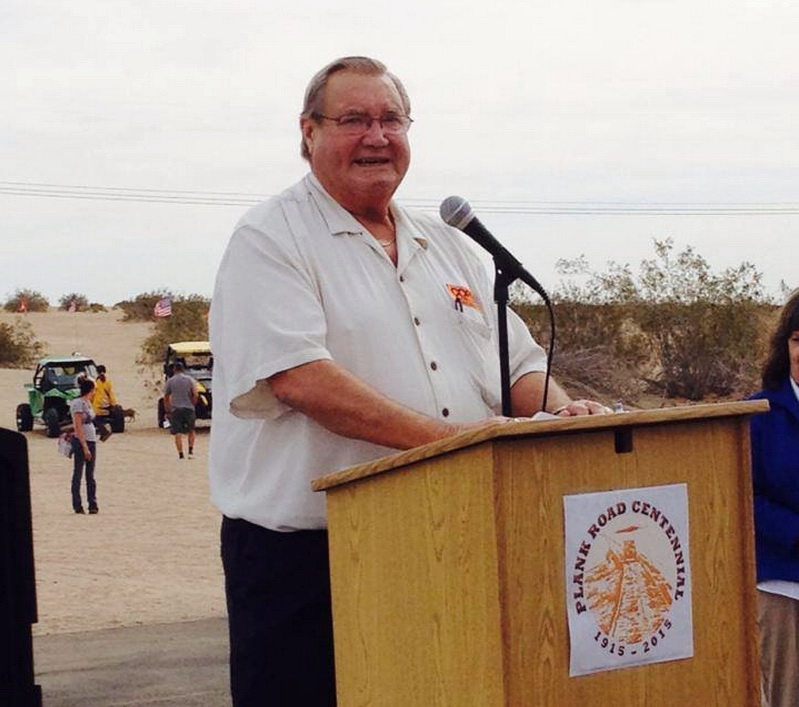 Bob Ham speaking on behalf of CORVA at the Plank Road Centennial Celebration in 2015. CORVA played an integral role in preserving the remnants of the historic 1915 Plank Road through the Imperial Sand Dunes Recreation Area. CORVA's volunteers and mission were recognized by the BLM naming their efforts the "Preservation Project of the Year."  American Sand Association photo. 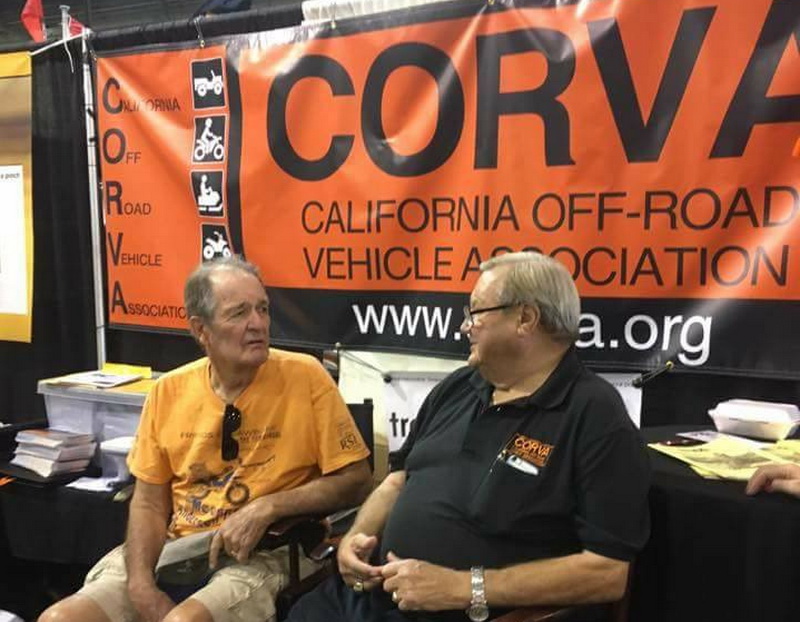 Bob Ham chats with fellow land use advocate and Off-Road Motorsports Hall of Fame inductee Ed Waldheim in this 2017 CORVA photo. Ed passed away in 2019. 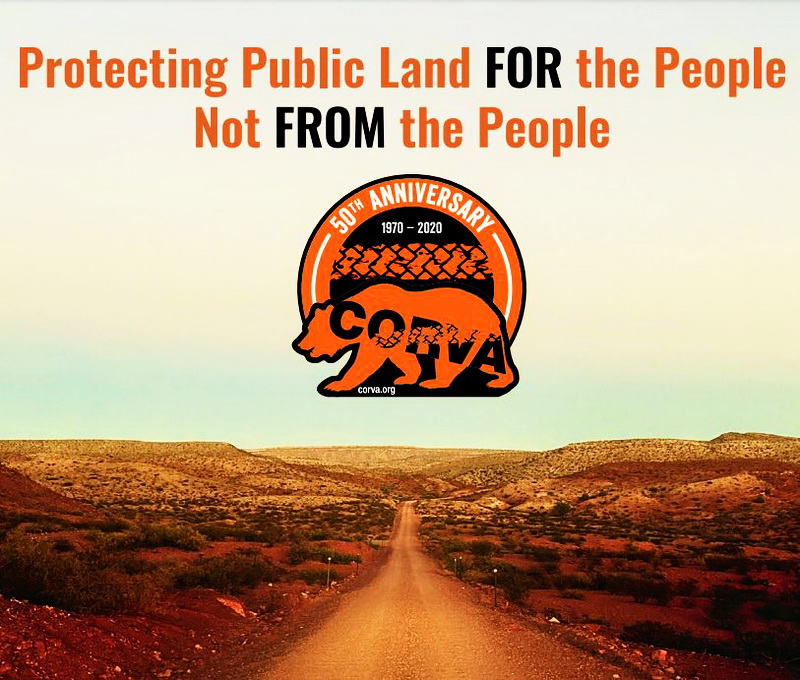 Bob has been an integral part of CORVA since the organization's founding more than 50 years ago.

Perhaps Bob's most valuable contribution to the sport of off-road is his decades-long role as a respected legislative advocate for the rights of off-roaders and recreation on public lands in the State of California. 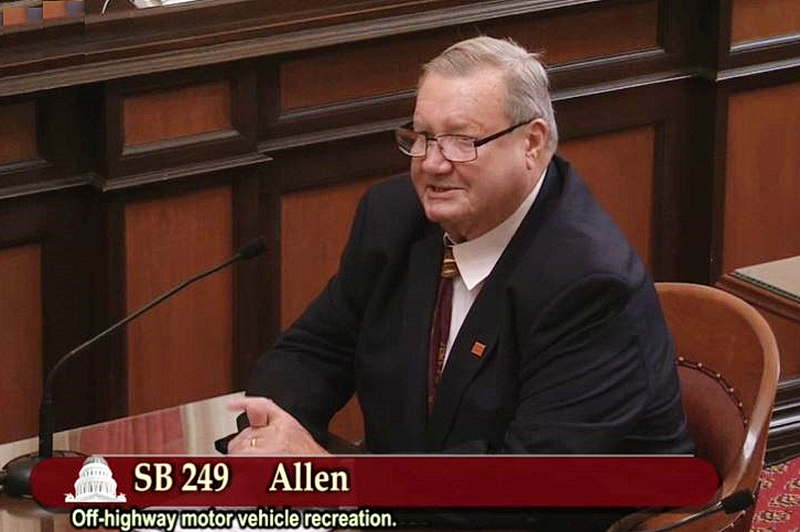 Bob Ham speaking on behalf of Off-highway motor vehicle recreation at the California State Legislature.
Among his many legislative accomplishments, Bob worked with California State Assemblyman and future Off-Road Motorsports Hall of Fame inductee Eugene 'Gene' Chappie on a landmark bill, the Chappie/Z'berg OHV Act of 1971.
"Our strategy was to use the opportunity we’d been given, to transform the State of California from an entity trying to shut us down, to a partner in off-road recreation," Bob said. "Under our version of a registration program, the registration would include a fee that would go to the Department of Parks and Recreation to acquire land and construct trails where we could legally operate our off-road vehicles. Governor Reagan signed AB 2342 into law in December of 1971 at a ceremony on the North Lawn of the State Capitol that was attended by a few off-road enthusiasts and state officials. This effort by CORVA and others was the spark that created the nation’s very first state run off-road vehicle program. Today dozens of states have followed suit and most were patterned after the success California has enjoyed with the program."

The California State Parks Off-Highway Motor Vehicle Recreation program celebrated 50 years in 2021.
Anyone who enjoys outdoor recreation in the American west owes public access pioneers like Bob Ham a debt of gratitude for the groundwork he and his contemporaries laid for future generations to continue the effort to keep public lands open to the public.

"After having spent 50 years advocating for land access rights for off-road recreation, it is gratifying to receive acknowledgment of those efforts from my peers, it is exceptionally gratifying when that acknowledgment comes from the Off-Road Motorsports Hall of Fame in the form of this 'Never Give Up' award."  -- Bob Ham