A Visit With Off-Road Pioneers John Ulfeldt and Sandy Cone

Photo: John Ulfeldt, left, and Sandy Cone raced a Brian Chuchua Jeep in the 1970 NORRA Baja 500. Thank you to NORRA's Mike Pearlman for the photo.

John Ulfeldt and Sandy Cone are two of off-road's true pioneers. Their friendship and racing adventures have spanned more than half a century. Both John and Sandy have ties to Off-Road Motorsports Hall of Fame inductees Brian Chuchua and Vic Hickey, among others.

Sandy became aware of John Ulfeldt when Sandy read an article in the 9th grade that John wrote. In 1969 John ask Sandy if he would like to race the Mint 400 with him, of course Sandy said yes. That same year John got a chance to drive for Brain Chuchua Jeep and Sandy raced the Mighty Mite winning a lot of races in California.

In 1969 Sandy also raced the Mexican 1000 with a friend. They drove a 1956 Chevy Cameo pick up truck. It took them 46 hours and two sunrises to complete the race, being the longest race Sandy had been in. John was still driving for Chuchua when his co driver broke his arm in a motorcycle accident. John asked Sandy to co drive the 1970 Baja 500 with him and they took 2nd. Then John got to drive for Vic Hickey in a Chevy truck with another co-driver.

Sandy inherited the Chuchua Jeepster. Doc Mott and friends would help Sandy rebuild the Jeepster from top to bottom to have it ready for the 1970 Mexican 1000 which Sandy and a friend teamed up to drive using unproven Sears Steel Belted radials tires taking 1st place. A commercial was made for Sears Radials tires on the Jeepster that ran on TV for 6 years. They then decided to build their own fiberglass body Jeepster to race using Chuahua body molds. The Jeepster was yellow because that was the gel coat at the time. Later it was painted Gabber Blue. The Jeepster was built ahead of its time and won a lot of races, taking 1st in the 1971 Mexican 1000. 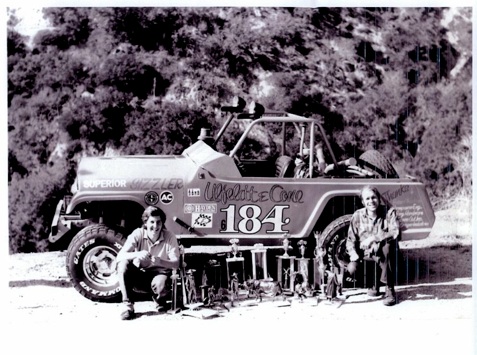 Ulfeldt and Cone, a winning combination.

Randall AMC Jeep of Mesa Arizona approached Ulfeldt and Cone about a sponsorship. Painted red, white, and blue and a more powerful 401ci motor and with new purpose-built off road tires, they were ready to win again. The axles went quite ready for the new power, breaking a rear axle at about 110 mph in the 1972 Mexican 1000, totaling the car end over end finally rolling to a stop upside down with fuel leaking on the ground, Sandy had to release John from the car. 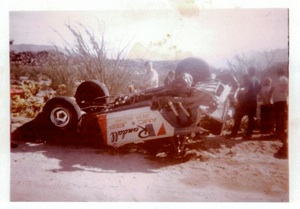 John had broken both knees and collapsed a lung; Sandy had two black eyes and was bruised from head to toe. That’s when they figured out a weak link in the axles and Sandy started building full floater rear ends. The Jeepster was a total but the Randall’s ask Ulfeldt and Cone to build a new “RACE JEEPSTER” using the new body style. This new bodied 1973 Jeepster was raced over two decades by four owners. 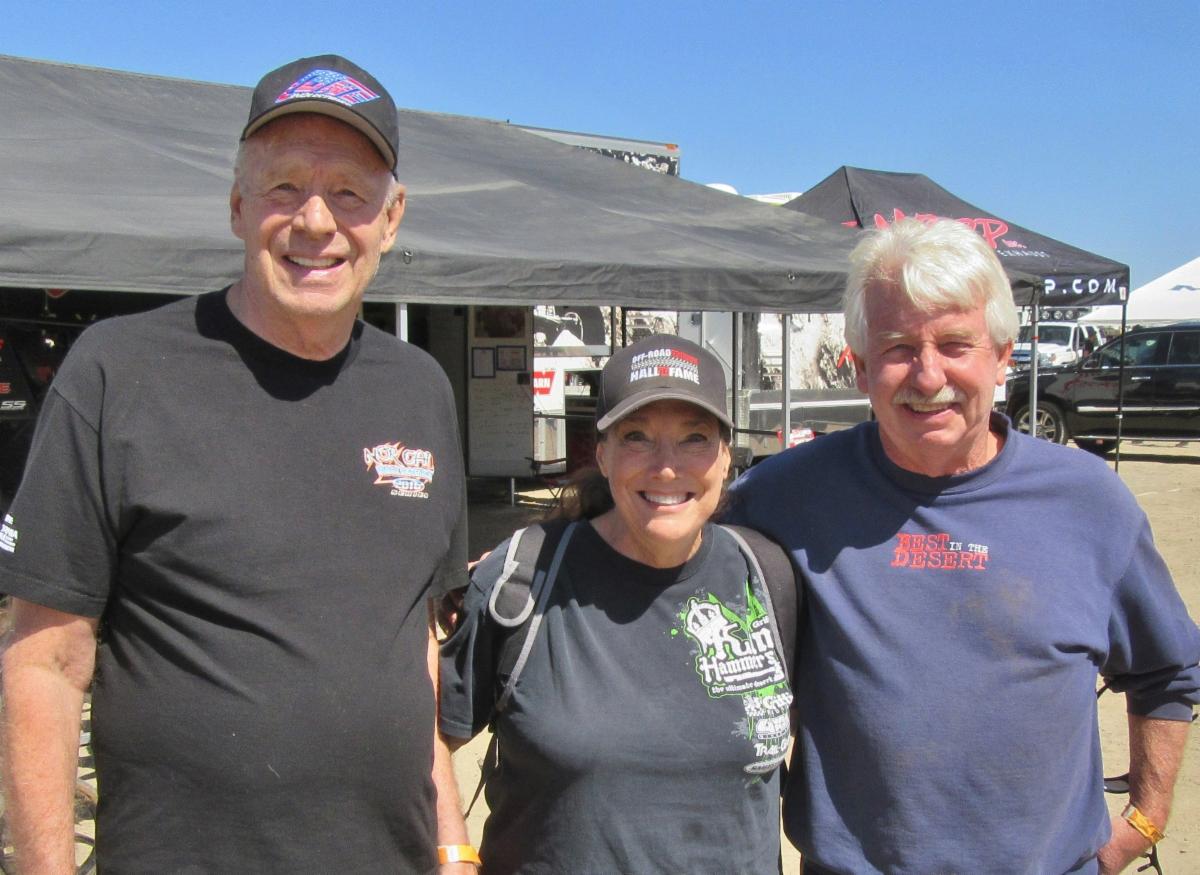 50 years of memories: ORMHOF's Barbara Rainey had a great visit with John and Sandy at the Ultra4 Stampede in northern California.