ORMHOF is excited to announce that two vehicles in the Hall of Fame collection have arrived at their next destination!

The ORMHOF Snortin Nortins Nova and Scoop Vessels Class 8 Truck were transported by the pros at Reliable Carriers 1,500 miles from the Petersen Automotive Museum in Los Angeles, California, to the Museum of American Speed in Lincoln, Nebraska.

Special thanks and recognition goes to the Thieriot and Oger families. Cameron and Tammy Thieriot gifted the Vessels' Ford F-100 to the Hall of Fame, and Renee Oger donated the Nova to the ORMHOF in memory of her late husband Florian Oger. 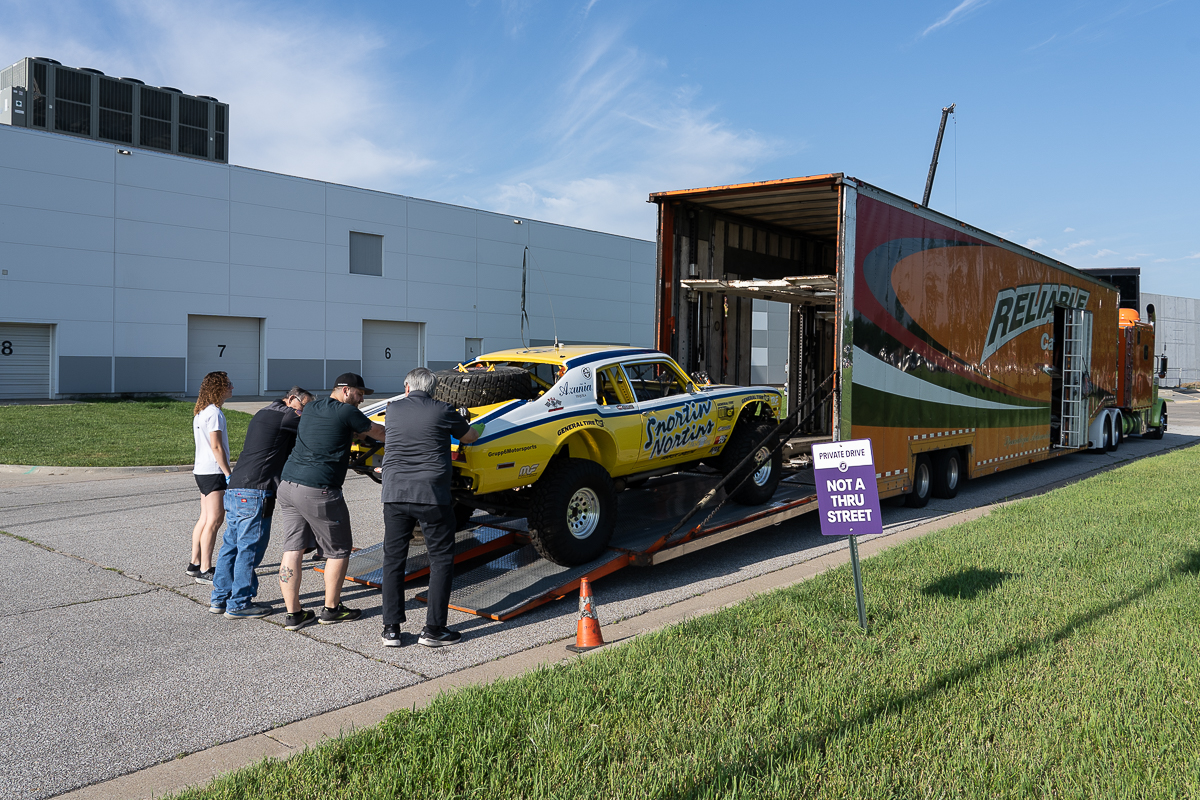 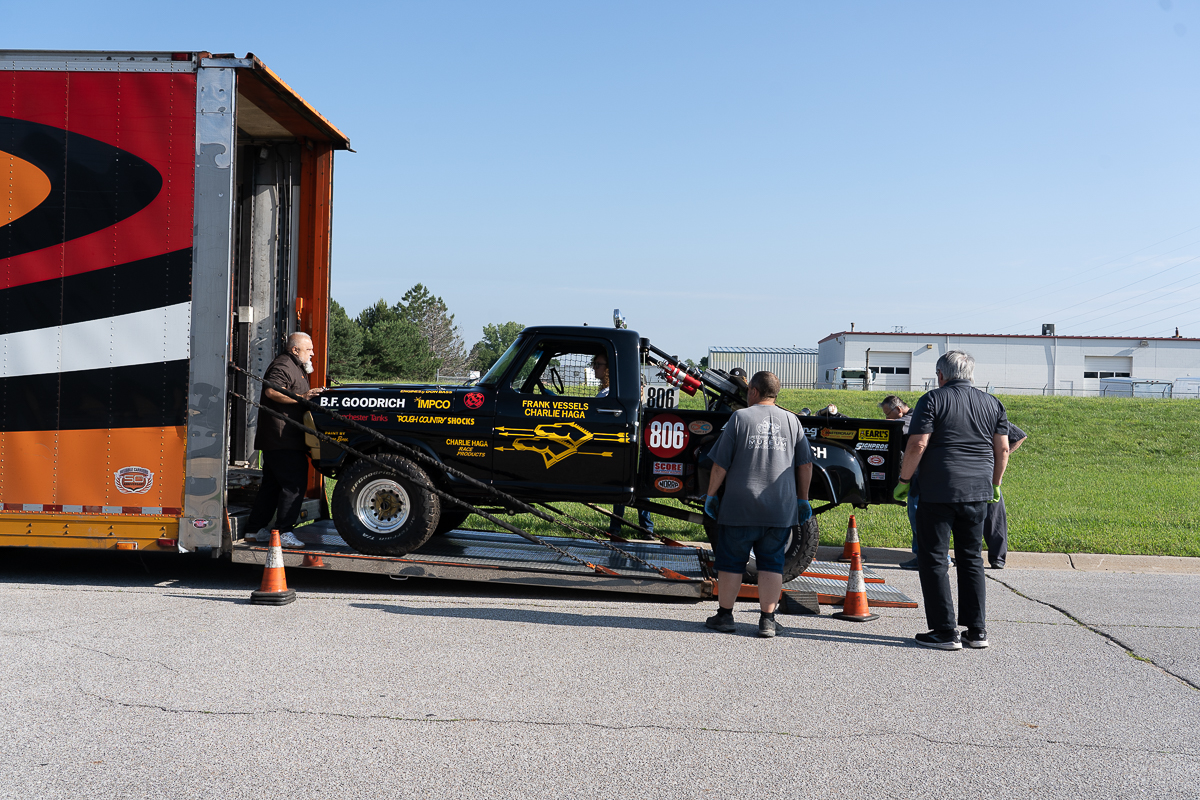 Museum of American Speed curator Tim Matthews said, "We are blown away at the amount of excitement the ORMHOF vehicles have generated already!"

"I think people in our part of the country are so hungry to learn more about off-road racing that these displays will prove to be a big hit!" -- Tim Matthews

"I can't tell you how happy we are to be working with the Hall of Fame to share the rich history of off-road racing," Matthews concluded. 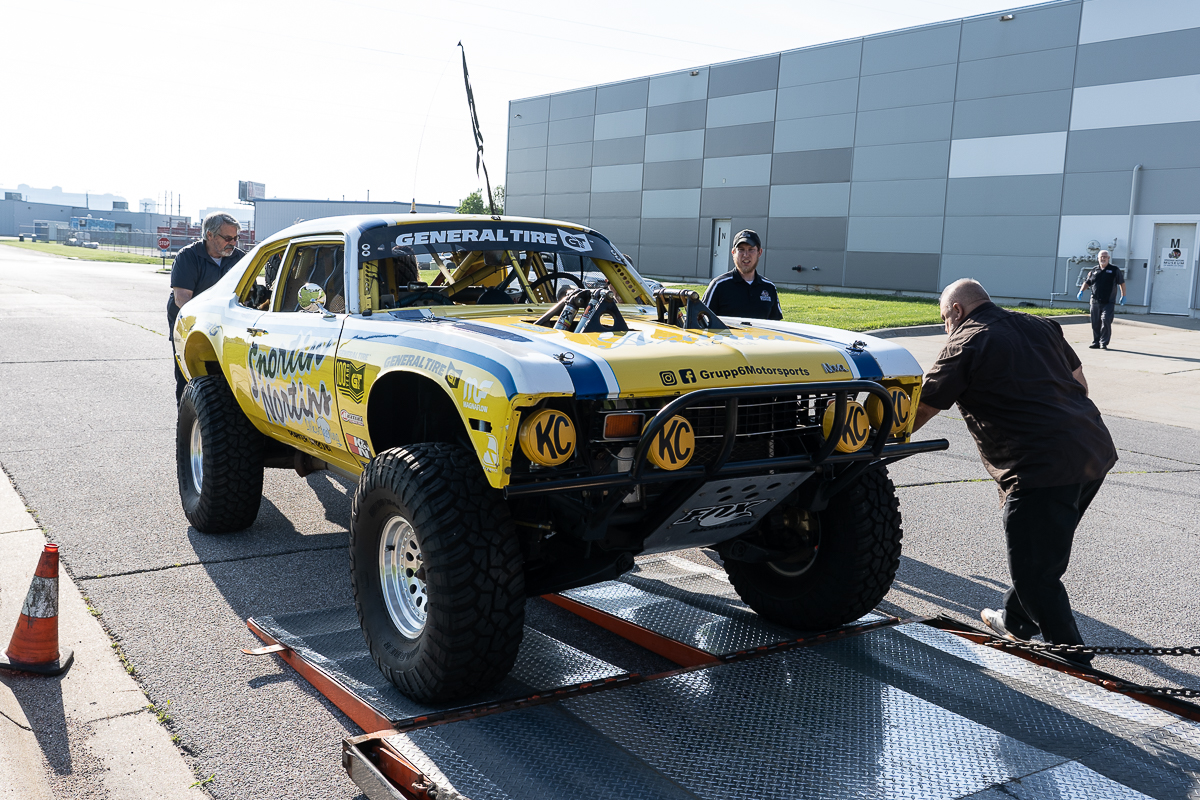 A big ORMHOF Thank You to the staff and volunteers at the Museum of American Speed! 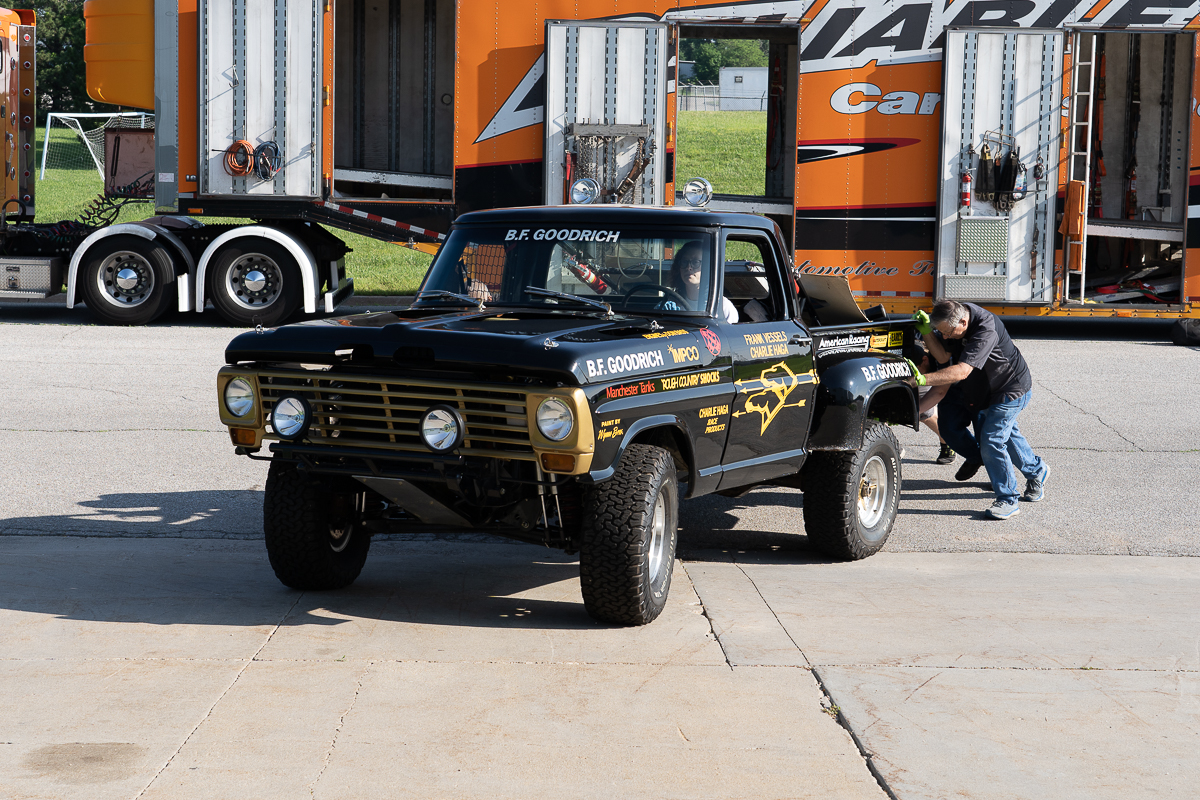 The Museum of American Speed was founded in 1992 by "Speedy" Bill and Joyce Smith.  Bill and Joyce had first-hand knowledge of racing and performance history as they actively raced and sold speed and power equipment for over 60 years. Bill's six decades of experience began in the 1940s when he raced roaring roadsters on half-mile county fair tracks.  In the '50s and '60s, he raced dragsters, stock cars, NASCAR, modifieds, and sprint cars. In the '70s Bill raced Champ dirt cars and sprint cars with drivers known as the original 'Outlaw' racers. Bill's winning ways continued during the 1980s and '90s when he raced Indy cars, Pikes Peak, and Bonneville Streamliners.

Speedway Motors, founded by the Smiths in 1952, is known as America's Oldest Speed Shop. Bill and Joyce's four sons continue to run the family-owned business to this day, keeping the family legacy and love for speed alive through their support of the Museum of American Speed.

The Museum of American Speed was rated the Best Attraction for Car Lovers in the 2021 USA Today Readers' Choice awards.  Enjoy this video tour with curator Tim Matthews:

The Museum of American Speed is currently home to over 150,000 square feet of display space over three levels and is preparing to open a 90,000-square-foot expansion.

ORMHOF is able to share the Hall of Fame collection of historic off-road vehicles at museums around the country thanks to the generosity of our members, partners, and donors. To support the Hall of Fame please visit ormhof.org and join, partner, or donate today.